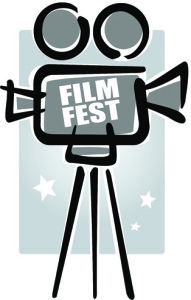 The festival is open to both short (less than 40 minutes) and feature films. Categories include: Drama, Comedy, Action/Horror, Documentary and Animation. Now in its second year, there is also a category for Student Short films by students in grades K-12. Submission fees are $5 for short films and $10 per feature film, though all Student Short films are free to submit.

Submissions will be reviewed by judges, and cash prizes will be awarded to the top film in each category: $100 for features, $50 for short films.

Filmmakers can get entry forms online at highway61filmfestival.org, and submit their films by mailing or dropping them off at the Pine Center for the Arts at 265 Fifth Street SE,  Pine City, MN 55063.

The Highway 61 Film Festival is being sponsored by the Pine Center for the Arts, 265 5th St. SE, downtown Pine City, www.pinecenter.org.

by Kirsten Blake
With a new digital projector and spruced up interior, the Paradise Theatre in Mora is hosting its first film festival, “Paradise Presents—The Magic of Movies,” to celebrate and draw movie goers into Mora.
The festival will feature six films shown over two days starting Saturday, April 20 at 2 p.m. and running through Sunday, April 21. This is the first time the theater will be hosting the event, but hopefully not the last.
“Our goal is to create an event that will draw people to Mora,” said Paradise Theatre manager Eric Carlisle.
Each of the six films being shown are actually movies about movies or theater. For example, “The Purple Rose of Cairo” playing April 21 at 4 p.m. is about a film character who leaps from the screen and into the real world to form a relationship with a member of the audience.
A short film created by local filmmakers from the 2011 and 2012 Highway 61 Film Festival in Pine City will play before each feature film. The producer of the short film may also be present to talk about the film.
Tickets are $2 to see a short and feature pair, or $5 for a day pass.
The movies will be:

The Paradise Theatre recently updated its facility adding digital projection equipment and surround sound in June 2012 and this spring completed the renovation and decoration of the auditorium including new anti-microbial acoustic sound insulation.
Funding for the upgrades and for the film festival came from grants from the East Central Regional Arts Council, the Arts and Cultural Heritage Fund, and the Onan Family Foundation as well as donations from many local businesses and individuals including Jerome Carlson.
For more information on the film festival, visit www.paradise-theatre.com or call (320) 679-3964.

The Old Oak Inn in Pine City is offering discounted rates for rooms during the festival.

With the $10 discount, a one-bed room is $64. A two-bed room is $69. You must identify yourself as a film fest participant to receive the discount.

We are proud to present the winners of the 2011 Highway 61 Film Festival.

Many thanks to our judges for their consideration of all of these films.

1. Attack of the Moon Zombies

2. Ghost from the Machine

1. All Over the Walls

1. Songs to Enemies and Deserts

Congratulations to all of the winners!

The map seen here shows the locations of the Highway 61 Film Festival, and also spots where local photographers will be beaming their work onto Pine City walls this weekend. ‘Photos on Buildings’ can be seen outdoors from 7 p.m. to 10 p.m. on Friday and Saturday night. The slideshows can be spotted at the Pine Comb, at Pine Plaza and at the Pine City Scrapbooking Co., and will involve a group of diverse photographers including members of an intergenerational art project.

What If? • Director: Noah Schwell • Comedy • 6 min • A boy discovers what it is like to have all of his wishes suddenly answered.

Five Bucks Til Friday • Director: Zach Hamill • Comedy • 28 min • Goofy slacker Scott wakes up Monday morning with five dollars to his name… and has to make it last for five frustratingly eventful days.

Stories Next Door • Director: Jeff Weihe • Documentary • 28 min • A close up look at innovative programs that connect youth and seniors to record and celebrate local history as part of the Minnesota Historical Society’s statewide Sharing Community Stories initiative. Through projects as varied as a website, play or community cookbook, participants shared personal and community-based stories and worked with creative partners to create unique works inspired by those accounts.

Songs to Enemies and Deserts • Directors: David Martinez and Shane Bauer • Documentary • 35 min • In Darfur, an area of Sudan controlled by two factions of armed rebels, farmers and herders go about with their daily lives as they interact with the rebels. It’s been said that 95% of a war is waiting, and this film is about that part: when the conflict comes to a standstill, and the men with guns become part of everyday existence. Life is hard in Darfur, but it continues on nonetheless.

Recreation • Director: James Vogel • Documentary • 8 min • An observational documentary about drug use, and how it relates to our social activities.

All Over the Walls • Directors: Ryan Anderson, Greg Paape, Joe Galegher, Jake Johnson, and Alex Grangaard • Documentary • 77 min • This documentary follows eccentric and charismatic mixed media artist and body painter Jacob as he pursues his dream of building an art gallery that doubles as an underground party space in downtown Minneapolis. Experience the many difficulties and meet the collection of characters Jacob encounters. *Special screening – 2011 Minneapolis/St. Paul International Film Festival*

True Story of Peter Pan • Director: James Vogel • Comedy • 13 min • A mocumentary about what might happen if Peter Pan existed in the real world.

Cocainine • Director: Jack Deflorin • Action/Horror • 20 min • A villainous plan to sell moondust as a drug brings chaos and murder to the city, and a detective is forced to get up earlier than he wanted to. *Midwest Sci-fi Film Festival*

Your Mother’s a Hunt • Director: John Karsko • Comedy • 14 min • Meeting her boyfriend’s mom for the first time, a young woman goes toe to toe with her when they discover each hides a supernatural secret.

Rhythm Sticks • Director: Kristin Seuntjens • Animation (Not for competition) • 28 min • The whole family will love visiting the wonderful world of Rhythm Sticks, where learning about music is always fun!

Spaceman from Space • Director: Jack Deflorin • Comedy • 3 min • When a young space cadet crash-lands on an unknown planet he is forced to survive without a bunch of stuff, and in his search for stuff he finds himself in a battle of wits with the local inhabitants. *Midwest Sci-fi Film Festival*

Whistle • Director: Mike Gainor • Comedy (Not for competition) • 8 min • An unhappy boy looks for a cure for his sadness, and finds it … at the Pine County Fair!

Welcome to America: 50 states in 50 days • Director: Rodney Johnson • Documentary • 90 min • Roger Johnson and his travel partner Haley Chamberlain began a journey to all 50 United States in only 50 days. Starting in New York City, the two drove over 15,000 miles. *Real to Reel Film Festival – Best of the Fest*

Ink Blots • Director: Sara Maki • Documentary (Not for competition) • 5 min • A trailer version of a documentary exploring the meanings and reasons for people’s tattoo choices.

Out of Character • Director: Barbara P. Flees • Drama • 21 min • The world inside the mind of author Zander – once a heavy drinker and womanizer. He cleaned up his act and is ready to move on by killing his main character, Zeke, who represents Zander’s unpleasant past. As he considers his options, Zeke tries to dissuade Zander from ending his book series.

Games Men Play • Director: Norm Barnhart • Comedy • 3 min • A news report on the destructive and addicting game that is sweeping the nation.

Sun Gods • Director: Nial Hopkins • Drama • 16 min • When a stranger rolls into town with only a map to his name, he enlists two brothers to guide him on his journey.

Harold Crumb • Director: Christopher Jopp • Drama • 24 min • Poor Harold. Too many fortune cookies to fill, and that yellow rabbit always out of reach…

Love Notes • Director: Canyon Lalama • Action/Horror • 11 min • Lovelorn Victor is rejected by his beloved Henrietta. He is in the process of killing himself when he finds a magical accordion on the train tracks. He uses the accordion’s magic to try and seduce Henrietta, but it backfires when she is stabbed by a fork. Victor must defeat the evil accordion and come to terms with the rejection. *Official Selection – 2011 South Dakota Film Festival*

Stitches • Director: Mason Makram • Action/Horror • 13 min • Jolene is wanted for the murder of a state trooper. Bullet wound in her stomach, she must do whatever it takes to get a passport to the border to Canada.

Bloodshed Love • Director: Mason Makram • Action/Horror • 17 min • 1927: Handyman Daniel Coyle is called to yet another job at the house of the beautiful Becky Darling. As love buds, his boss takes him to a speakeasy where he finds Becky in the lap of her procurer, McLintock. Coyle convinces her to stand up for herself, but McLintock will have the final say. Instead of taking her to a new life, Coyle finds … *MCTC Showcase 2010*

Dope Sick • Director: Elijah Woodcock • Action/Horror • 18 min • Todd Parker finds himself lost in a maze of a rundown hotel. Lovely Terra Crowe guides him through the twists and turns of his own mind in an attempt to escape his fate.

Birthmarked for Death • Director: Matt Olson • Comedy • 8 min • A reluctant hitman and an inept informant bond over substitute teaching on the way to an execution.

Ghost from the Machine • Director: Matt Osterman • Action/Horror • 86 min • A young man, raising his even younger brother after the death of their parents, plunges himself into the murky science of the supernatural and invents a machine intended to be a conduit to the other side. He reaches an unintended level of success that not only threatens his safety, but also those around him. *Film purchased by Universal Studios to be remade*

The Missing Frame • Director: Elijah Woodcock • Action/Horror • 12 min • After finding his wife’s dead body in their motel room, Johnny Keys goes on a hunt to find the man responsible. His only clue a car with a busted out back window he sees fleeing the scene.

Attack of the Moon Zombies • Director: Christopher R. Mihm • Action/Horror • 99 min • On Jackson Lunar Base, scientists stumble upon a seemingly impossible discovery: alien plant life on the surface of the moon! Unfortunately, exposure to the spores of this otherworldly flora cause instant death. Too bad those killed by them don’t stay dead, and want nothing more than to replicate!

Some Fangs • Directors: Mark L. Nielson and Destiny Soria • Action/Horror • 9 min • A girl gets revenge on her human ex-boyfriend after a mysterious vampire turns her into one of the undead.

Potpourri • Director: Brandon Van Vliet • Action/Horror • 90 min • A group of students are faced with expulsion if their final philosophy papers are not satisfactory. As a result, the inept group of friends decides to experiment with a series of illicit drugs to help them understand some of the mind-bending concepts of the course – but the students begin to realize how severely they’ve underestimated the effects of the drugs…

The Highway 61 Film Festival, being held on Friday, October 14 and Saturday, Oct. 15 in Pine City, MN, has announced the official selections for the festival.

Congratulations to all filmmakers selected for the festival.

The selections are currently under review by festival judges. Winners in each category will be announced shortly.

FILM SCHEDULE (Note – may be subject to change)