It is with heavy hearts that we must announce that the 2020 Highway 61 Film Festival, previously scheduled for April 3-4, has been cancelled due to the COVID-19 pandemic.

These are strange times, and none of us living through this experience will ever forget it.  We wish all of you safety and health for you and your loved ones in the weeks and months ahead.

While the film festival is cancelled, we do want to recognize those films and filmmakers who were named winners and official selections for the festival – and note that winners in each category will still receive their $100 cash prizes ($50 for Student Short winner). It’s not much, but we hope that it will help with future creative projects.

Thank you all again.

FRIDAY, APRIL 2 (CANCELED)  • THE STRENGTH WITHIN at Pine Center for the Arts 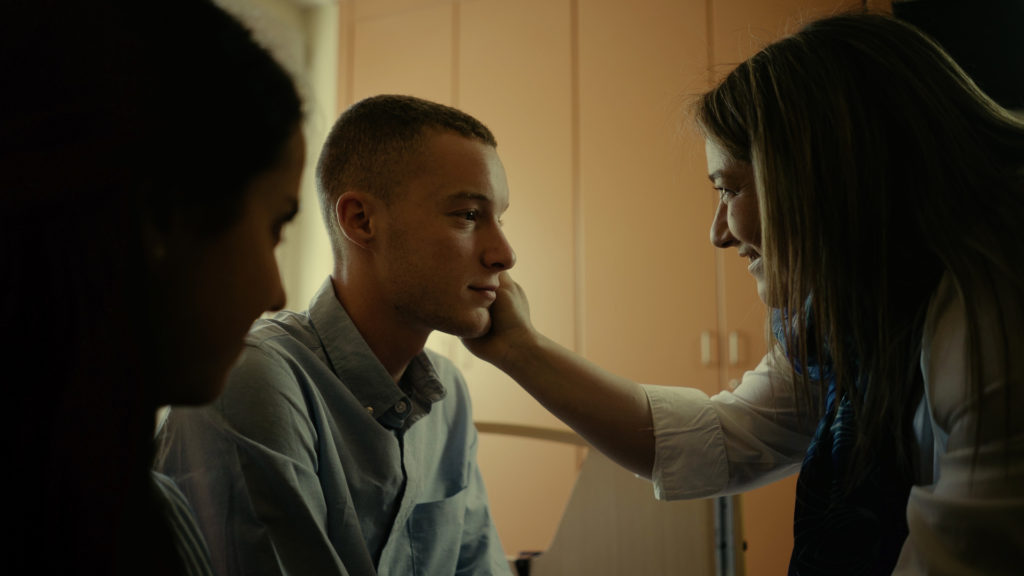 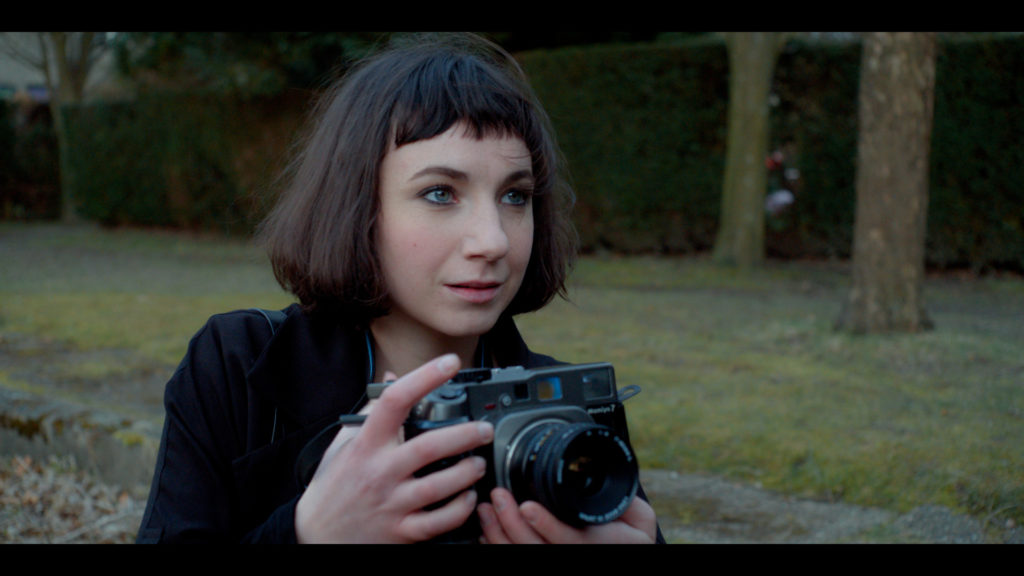 MY PLANET • Director: Valéry Carnoy • Drama (WINNER) • Belgium • Henri, a baker in his fifties, suffers from his failed love with his wife Marieke. One morning after a quarrel with his wife, he meets Anita, a young contemporary photographer who likes the big shape of his body. 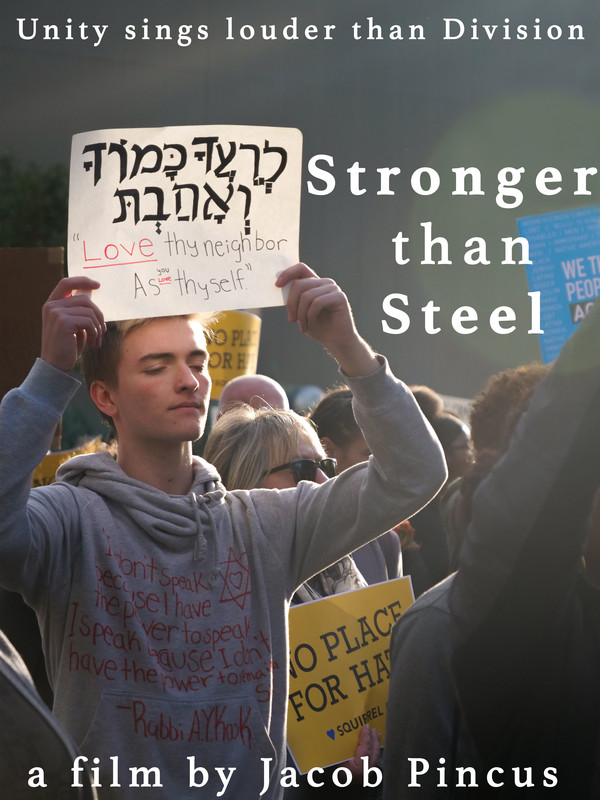 STRONGER THAN STEEL • Director: Jacob Pincus • Student Short • USA • Three days after the Tree of Life synagogue shooting, thousands of people in Pittsburgh came together to protest the hate and violence in the country. “Stronger than Steel” explores that even after tragedy, there is hope in this divided nation.

AMY • Director: Srija Jami • Student Short • USA • As a young athlete, Amy suffered a serious injury, which led to opioid addiction and then to heroin. Now she is rebuilding her life. 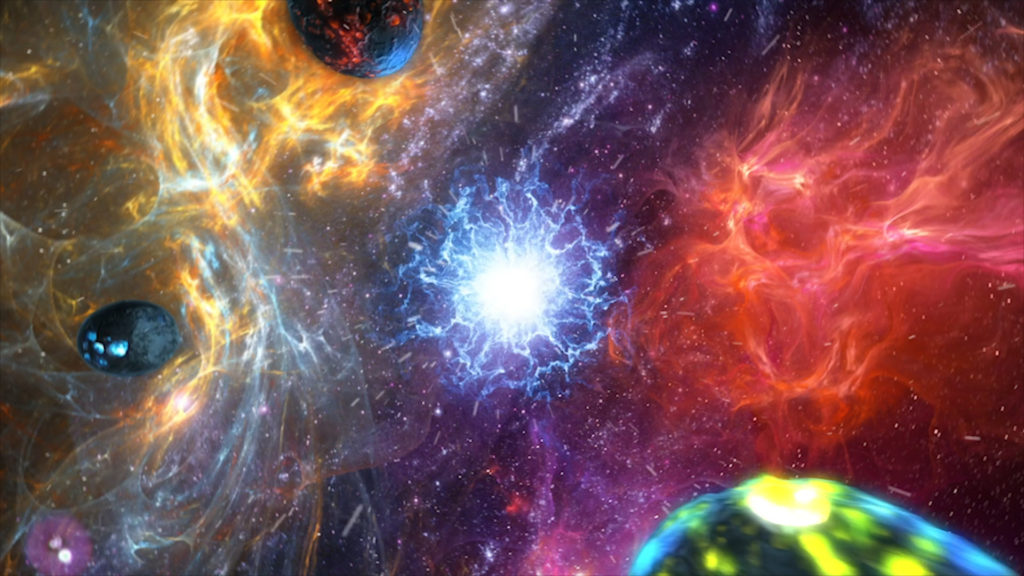 THE QUIET • Director: Radheya Jegatheva • Animation (WINNER) • Australia • When an astronaut ponders on the quietude of space, he comes upon a startling self-realization. The truth is written in the stars, but what will he uncover? 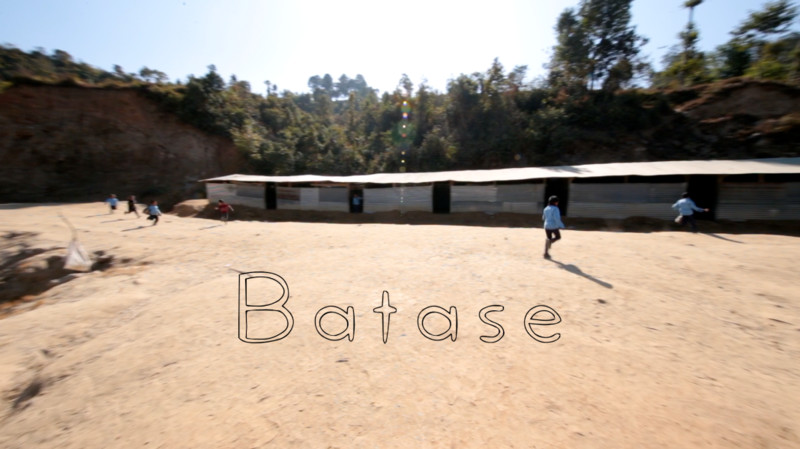 BATASE • Director: Oliver Marsden • Student Short • Australia/Nepal • 44 kilometers outside the hustle and bustle of Kathmandu lies Batase village. This is their story.

TAKE 2 • Director: Angad Bawa • Drama • India • Haunted by his past, Ishranth, a disgruntled filmmaker is living a secluded life. Natasha, his granddaughter, spends a weekend with him; not having met for years. Can her growing awareness help liberate Ishranth from his desolation and mend broken ties? 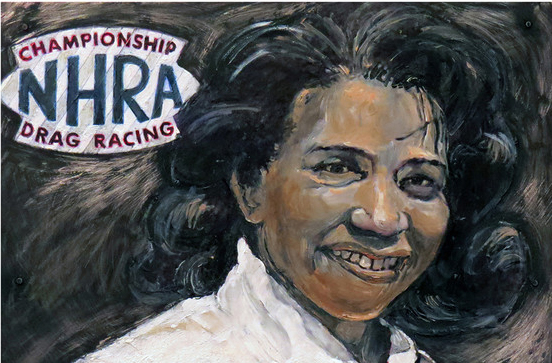 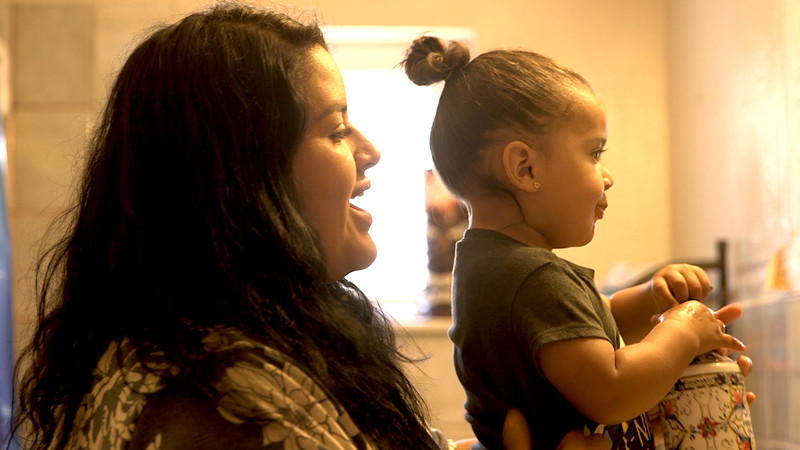 HOME – JOSELYN’S STORY • Directors: Susana Torres, Griselda Martinez, Isabel Lozano, Leonie Sarath and Nattaly Gomez • Student Short • Oakland, CA • Joselyn, who was brought to the United States from Honduras by her mother when she was 9 years old reflects on the decision her mother made for her. 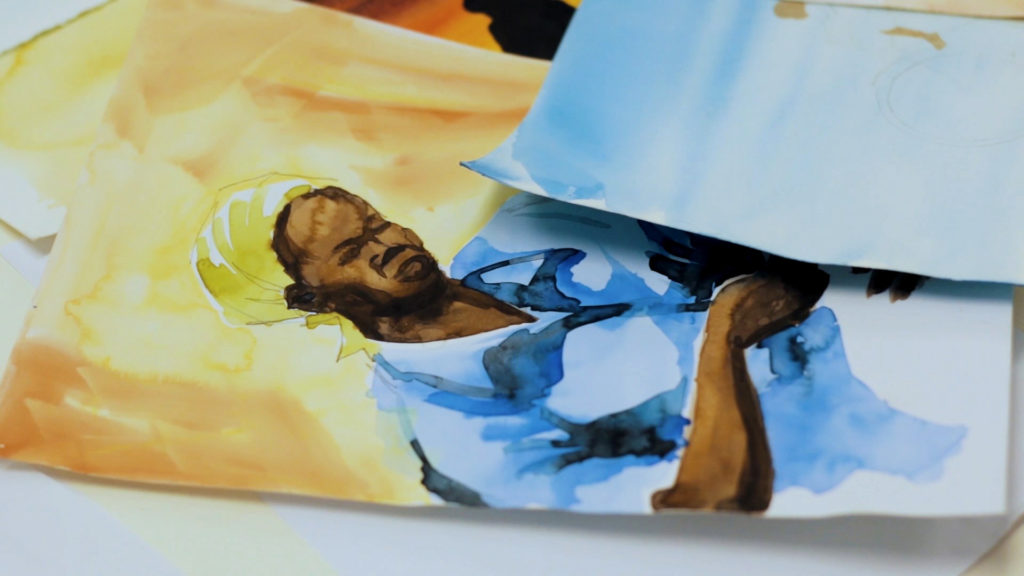 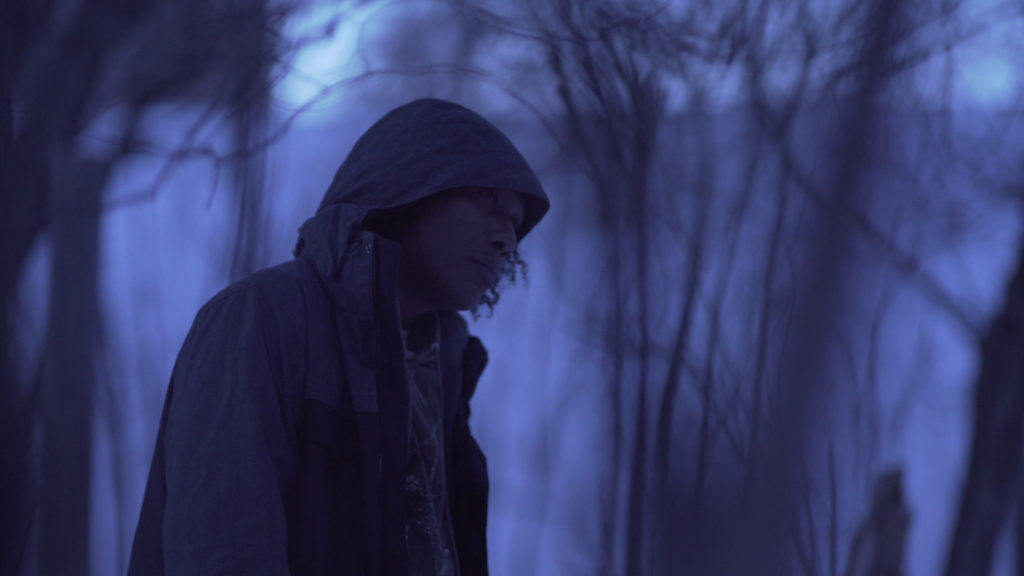 SEASONS BY THE RIVER • Director: Christopher Lange • Made in Minnesota • A homeless couple lives on the shores of the Mississippi River during Spring, Summer, Fall, and Winter in Saint Paul, Minnesota, amidst the life and death of nature around them. 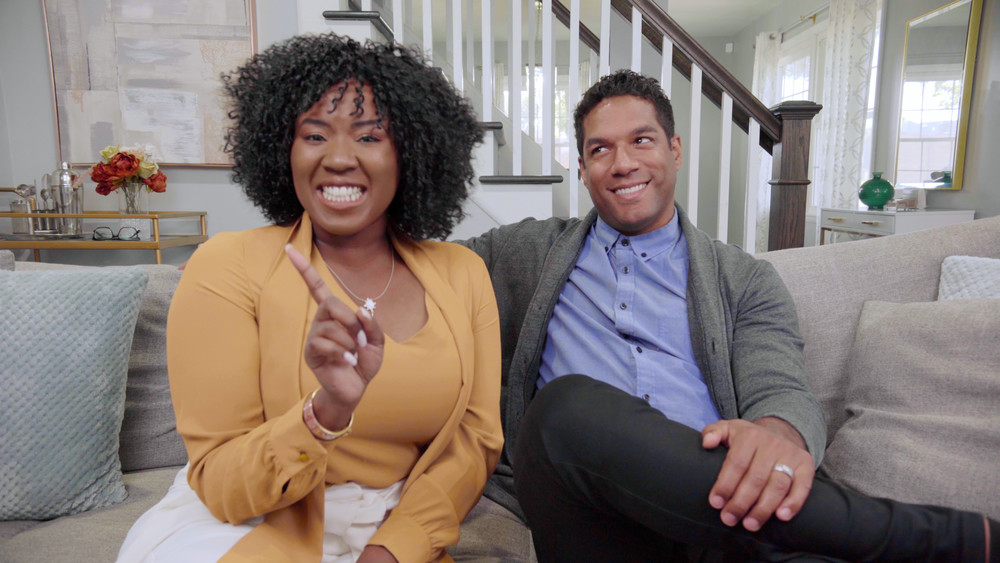 HAPPILY MARRIED AFTER • Director: Alison Guessou • Made in Minnesota • When sharing her tips for a happy marriage, a young wife must come to realize that marriages are never perfect, or else she stands the risk of losing it all. 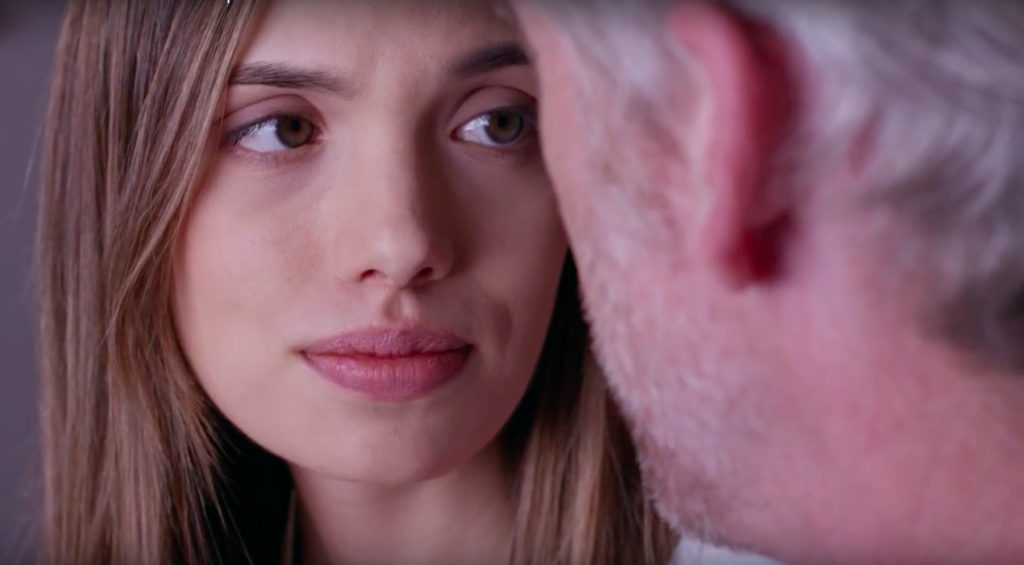 CODE GREEN • Director: Cynthia M. Uhrich • Made in Minnesota • Shelby is a teenager with a terrible secret; one that is damaging her health. After collapsing at home–she can no longer hide—and is forced to do battle with her own monster. 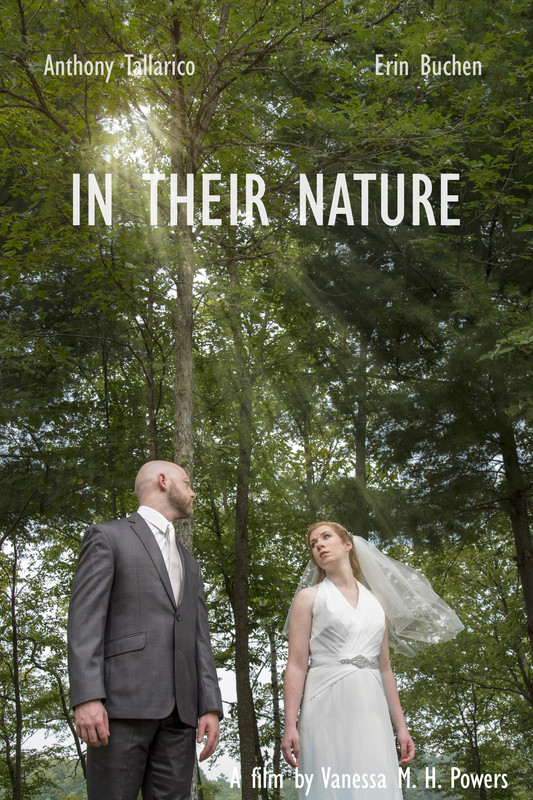 IN THEIR NATURE • Director: Vanessa M.H. Powers • Made in Minnesota • Violet struggles to reconcile with her husband’s infidelity, despite her sister’s insistent meddling, over a weekend at the family cabin. 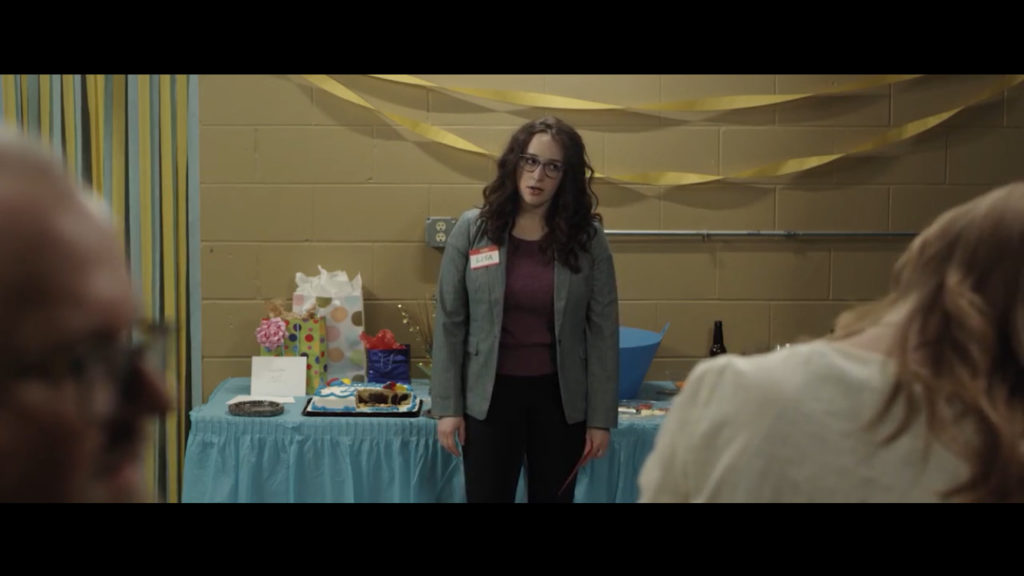 SNACK TABLE • Director: Rachel Weber • Made in Minnesota • Anna can’t wait to escape the office party from hell, but an unexpected invite leads to a fantastical escape from the mundane. Is it real? Does it matter? And where the heck is Larry? 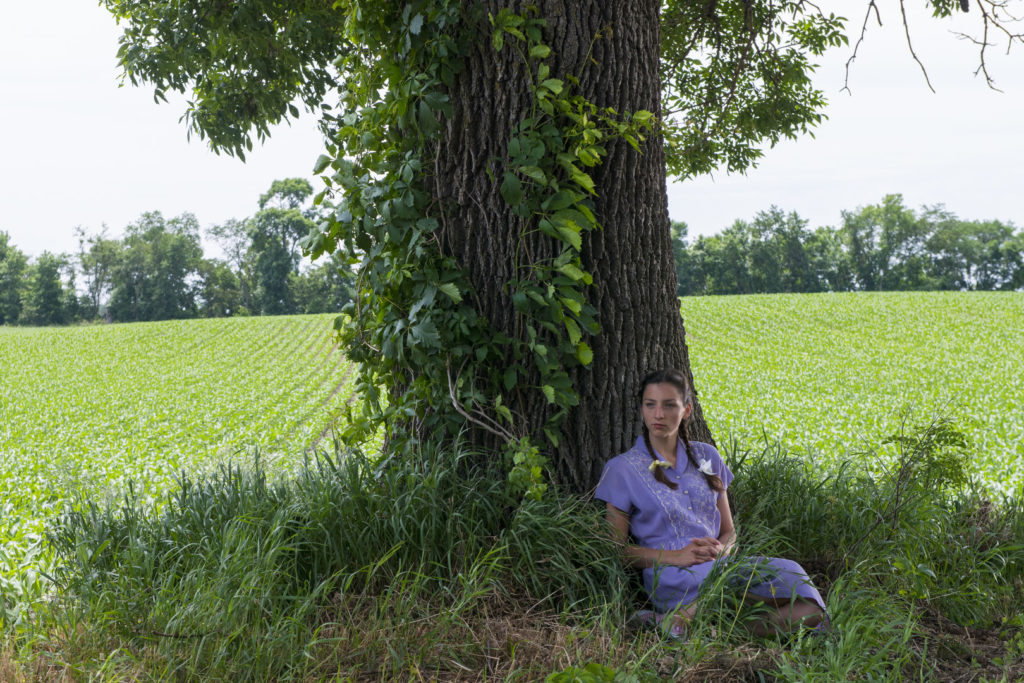 OH MY STARS • Director: Cynthia M. Uhrich • Made in Minnesota (WINNER) • In the days of the Great Depression, a disfiguring factory accident and a miserable home life compel Violet Mathers to leave Kentucky for San Francisco. Screenplay by renowned author Lorna Landvik, based on her novel of the same name. 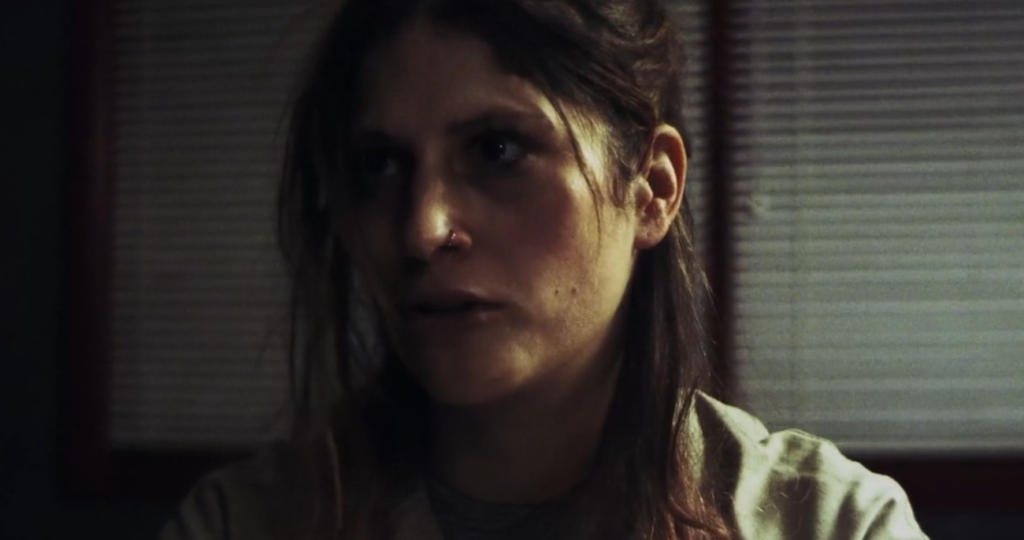 WRECKED • Director: Mathieu Mortelmans • Drama • Belgium • Amane is a lawyer. At a federal prison she questions Nina, who just started serving time. Each of them struggles with her own conscience and their meeting quickly takes an unexpected turn. 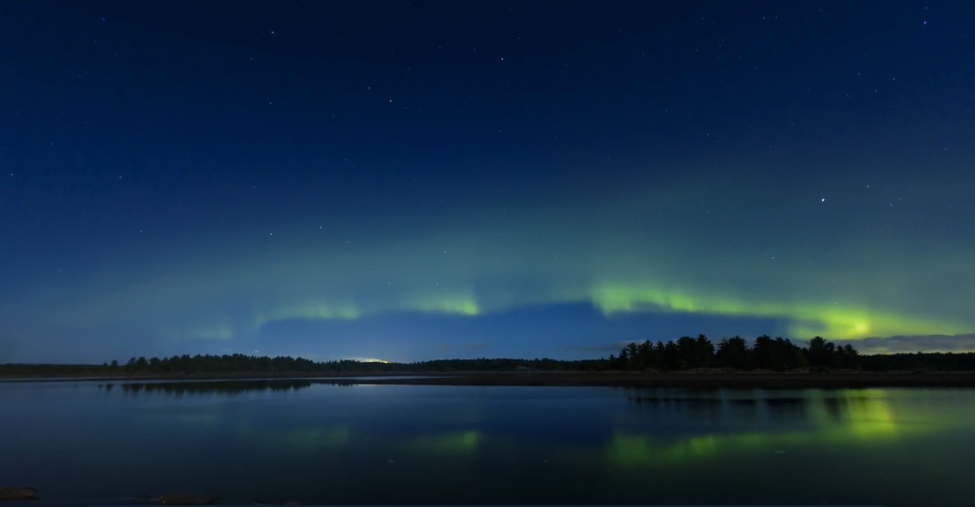 AURORAS IN THE NORTHLAND • Director: Matthew E. Moses • Made in Minnesota • A short time lapse collection of aurora displays shot in northern areas of Minnesota and Wisconsin. 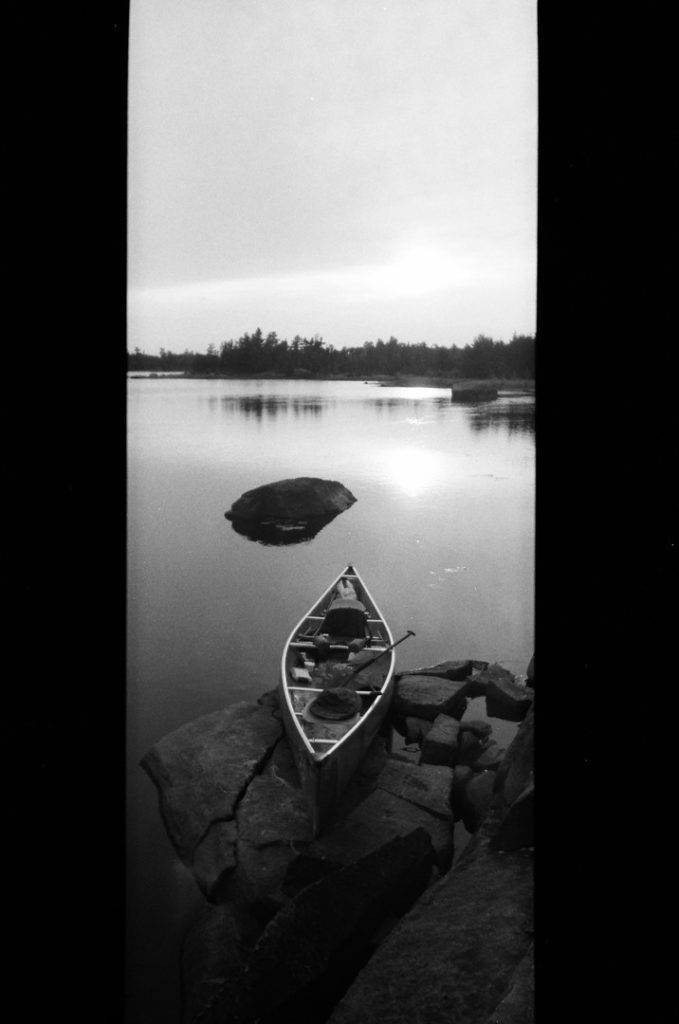 THIS WILD LAND • Director: Brendan Harris • Made in Minnesota • The film focuses on efforts to protect the Boundary Waters and the people who help spread appreciation for the land and carry on, in their own individual ways, the legacy of Sigurd Olson, a writer and conservationist who was responsible for the area’s National Forest designation in 1978. 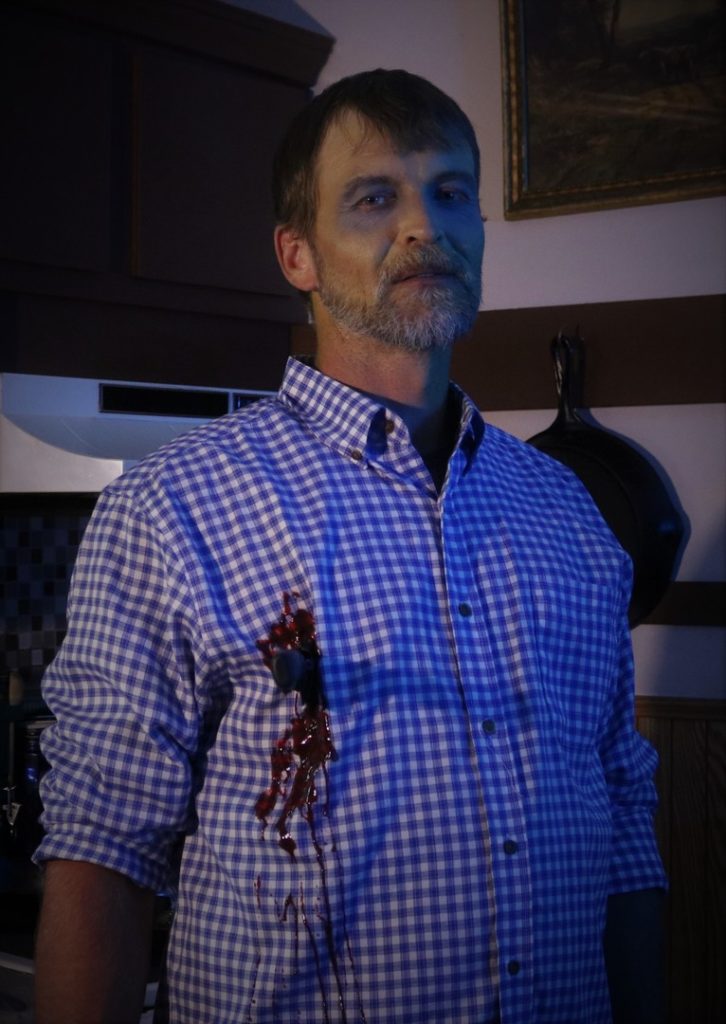 THE DEAD ARE HOME • Director: Kirk Eckstine • Made in Minnesota • A “paranormal” investigator finds more than he bargained for when he searches a real haunted house. 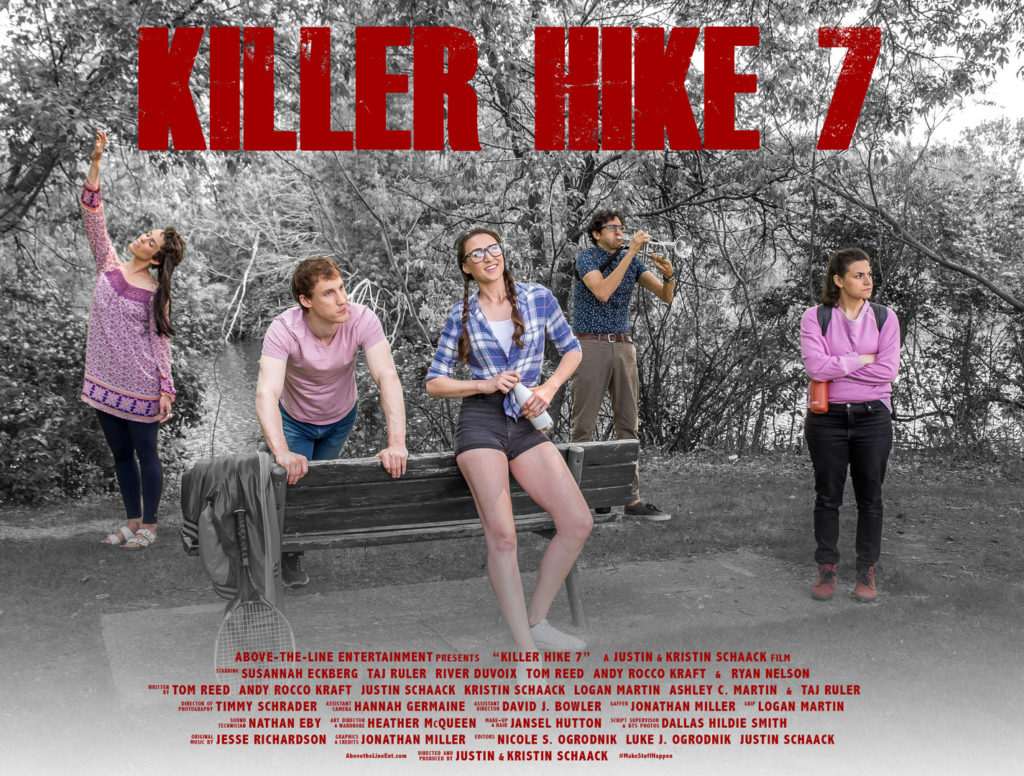 DETOURS • Director: Christopher Yates • Drama • Belgium • Simon must bring his baby back to his ex-wife who has threatened to withdraw custody if he’s late again. In the rush, he smashes the side mirror of a parked car. He decides to flee. As the baby drifts off to sleep in the morning traffic, Simon realizes he’s being followed.

LOST TREASURE OF THE VALLEY • Director: Robert Husted • Action/Horror (WINNER) • Studio City, CA • A young photographer and an adventurer discover that all of the abandoned shopping carts in LA’s San Fernando Valley lead to a hidden cave off of Sepulveda Blvd. with a lost treasure inside – guarded by a dragon! 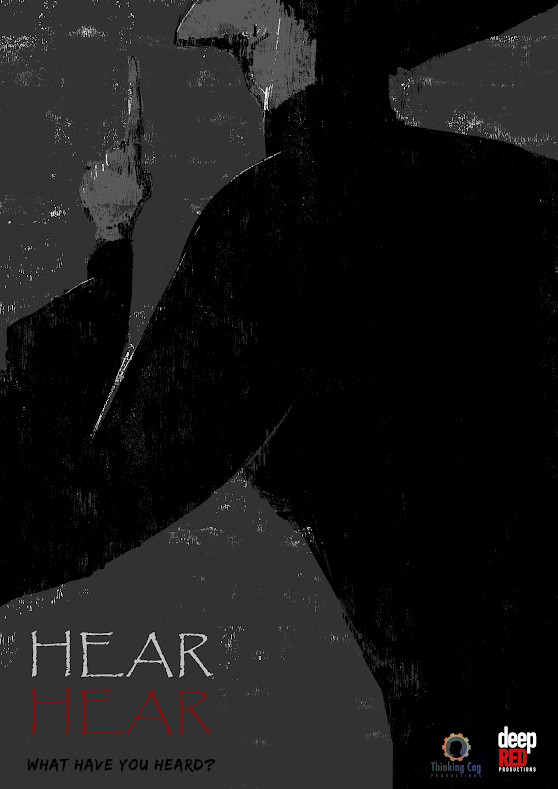 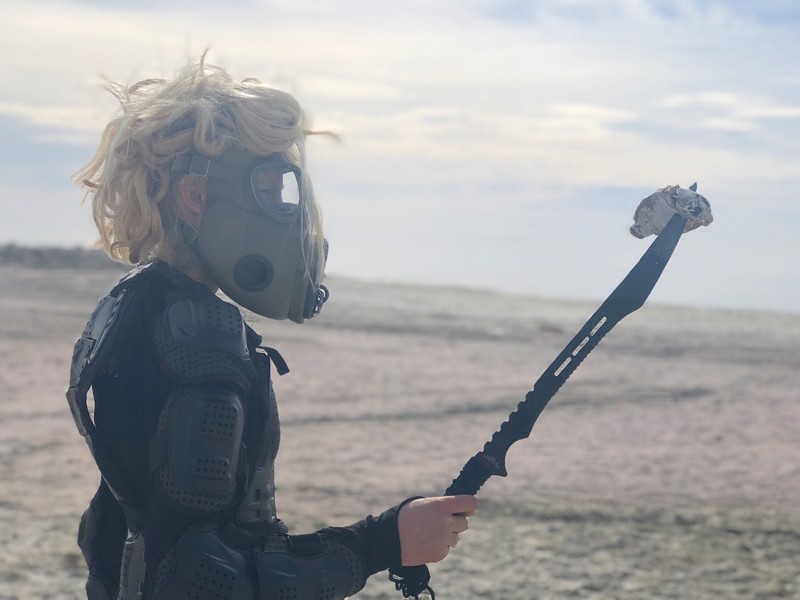 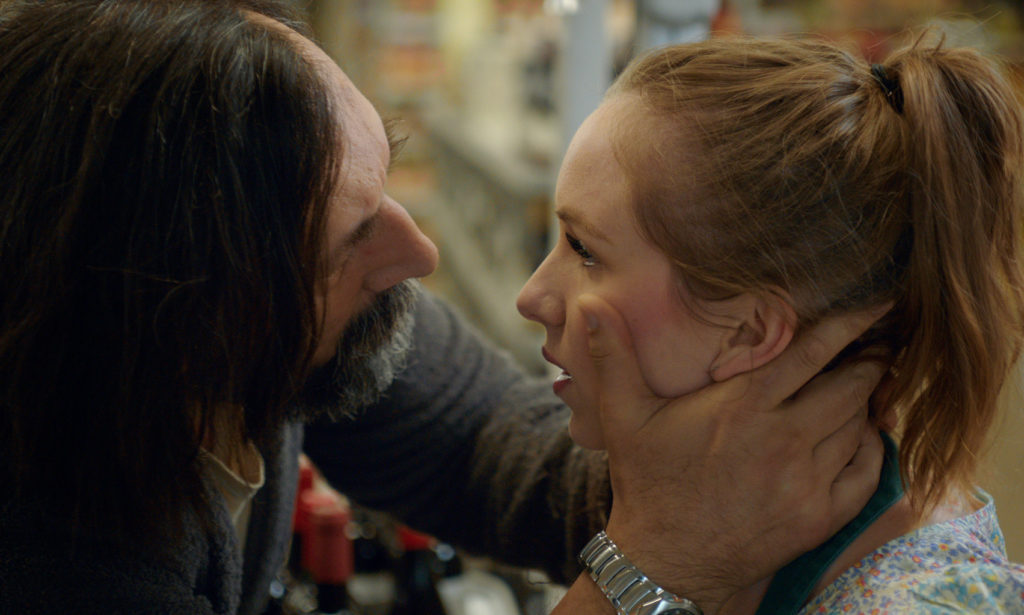 THE SCREENWRITER • Director: François Paquay • Comedy (WINNER) • Belgium • In order to sell his script, Jonas accepts a deal to rework the screenplay with … some help. [Dear Francois – Please contact us at highway61filmfestival@gmail.com about your award!] 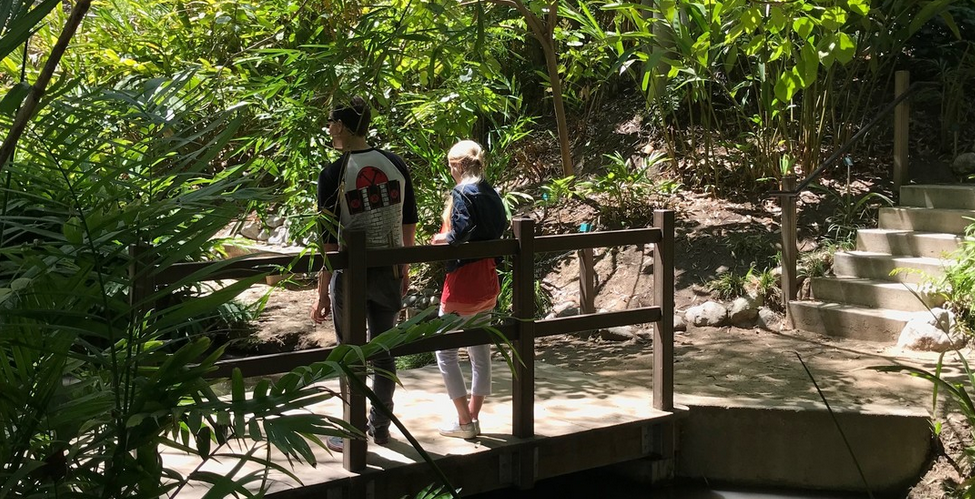 SIDEPIECE • Director: Teddy Tenenbaum • Comedy • Sherman Oaks, CA • Nothing is what appears to be in this short romantic-comedy about two people who find each other on a very special dating app. You just can’t trust what you read anymore. 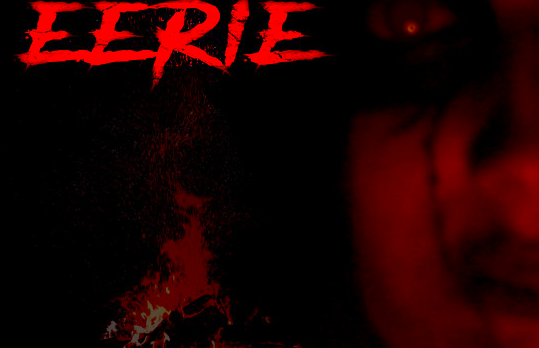 EERIE • Director: Dipjoy Routh • Student Short • The story of a couple whose life was going well, but after one night that love life became dangerous and scary. 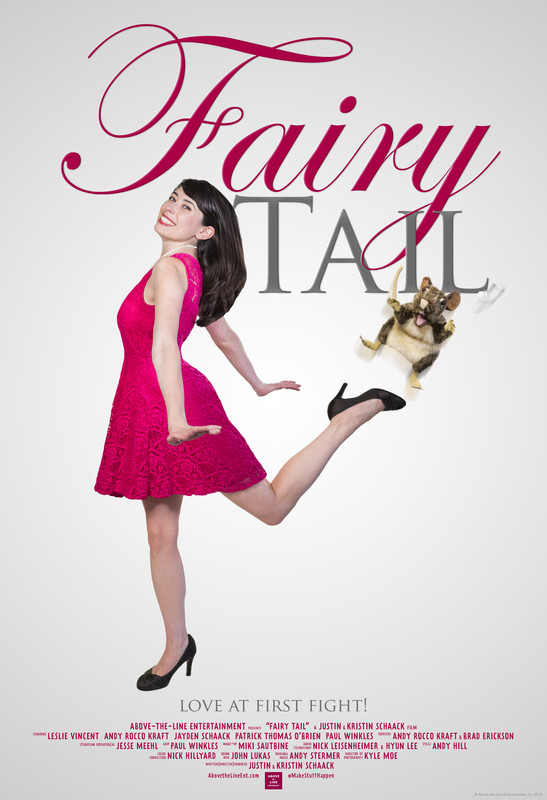