Award-winning Minnesota journalist Cathy Wurzer is heading to Pine City on Oct. 4 to show her film “Tales of the Road: Highway 61” at the Pine Technical College Auditorium for the opening of the third annual Highway 61 Film Festival.

Wurzer’s documentary takes viewers rolling down Highway 61 in a 1946 Cadillac for an entertaining ride through Minnesota’s past and present. She followed up that film with a companion book of the same name.

Wurzer is the host of Morning Edition for Minnesota Public Radio News. She is also the co-host of Almanac, a weekly public affairs program produced by Twin Cities Public Television for Minnesota’s statewide public television network.

On Facebook, Wurzer said it’s both “cool” and “scary” to see her film on the big screen, and that she’s looking forward to coming to Pine City.

“Honored to be asked to be present,” Wurzer said. “Hope folks can come to Pine Technical College.”

What exactly is a film festival?

The third annual Highway 61 Film Festival, coming to Pine City on Oct. 4, 5 and 6, is sure to be a fun bunch of shows for those who attend, but others are wondering if it’s worth their time – what exactly is a film festival, after all?

Basically, a lot of filmmakers are out there making movies just for the love of it – though some are making a living in the business, and others have high hopes to join them.

A film festival is a chance for these folks, working outside the Hollywood system and using small budgets, to show their movies in front of an audience.

For the film festival audience, it’s about discovery. All of the films have been selected by judges to make sure the best ones get on the screen. And the ones that do make it have something special about them – great acting, an amazing story, big laughs or powerful drama. Sometimes it’s all of the above.

And who comes to a film festival?

Everyone who loves going to a theater, getting a drink and a bag of fresh, hot popcorn and watching great movies.

Shows will be held at the Pine Technical College Auditorium and at Danny C’s BeachRocks. Tickets for each show are $5, or purchase an all-access weekend pass for only $20. 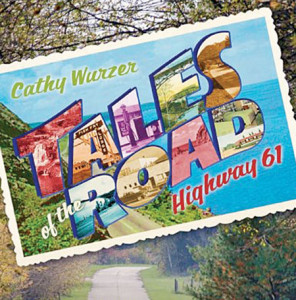