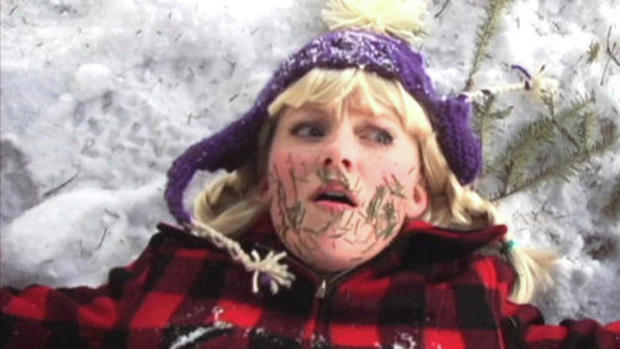 Lumber Jill • Director: Tucker Lucas • Comedy Short – 2011 Second Place • Cloquet • 20 min • Jill LeBlah, an urban misfit, decides to finally seek her birth parents. Her journey leads her to Cloquet, an old logging town in northern Minnesota, where she, in the midst of magical lumberjacks and talking taxidermy discovers … a home?

Dear • Director: Laura Malatos • Student Short – 2016 • Portland • 2 min • During WWII, an evacuee child tries to remain in contact with his mother through their only means of connection: words.

Free Associates  • Director: John Akre • Made in Minnesota – 2016 • 3 min • An animated treatise on the must fundamental of rights, the right freely to associate. 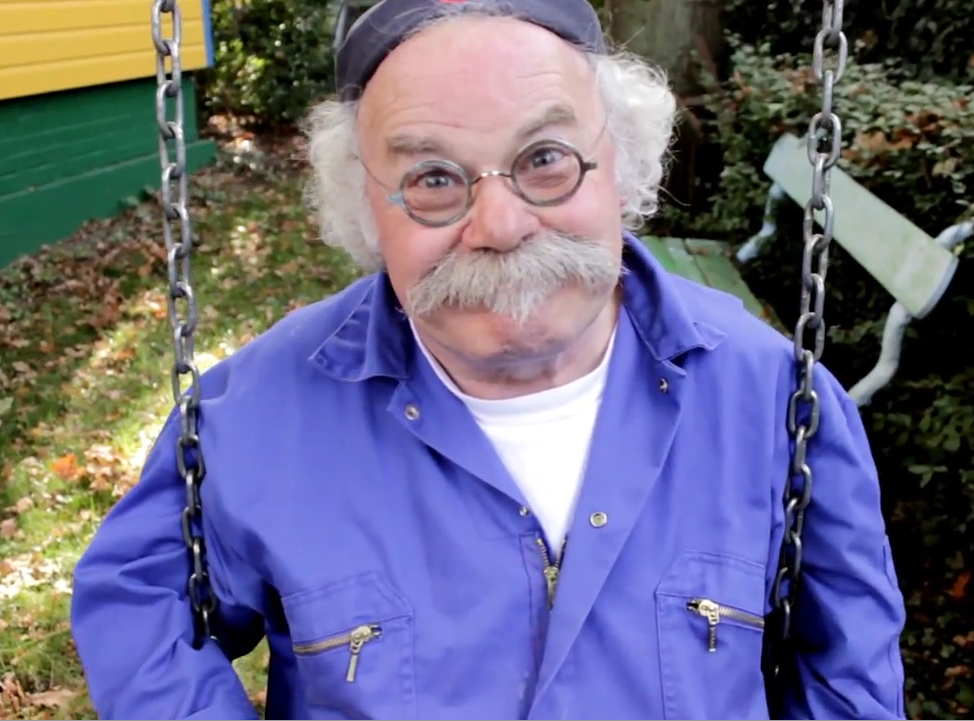 The Late Bird • Director: Sascha Vredenburg • Comedy Short – 2014 Finalist •  Germany • 20 min • A crashed astronaut opens to 71-year-old Thea the possibility to start again and to exchange her little village with the endless wideness of space.

We All Go the Same • Director: Morgana McKenzie • Student Short – 2015 Finalist • Canada • 4 min • By 15-year-old filmmaker Morgana McKenzie: “In the timeless world of fairy tales, villains and victims are visited by a vengeful fairy who offers to shift the balance of power.” 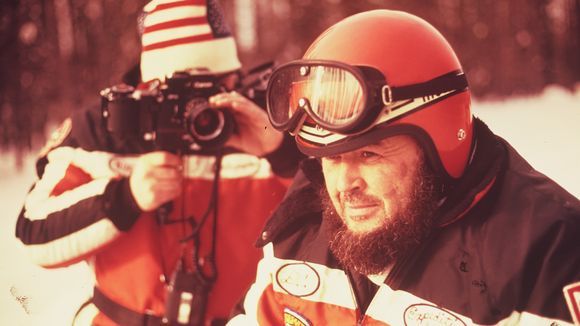 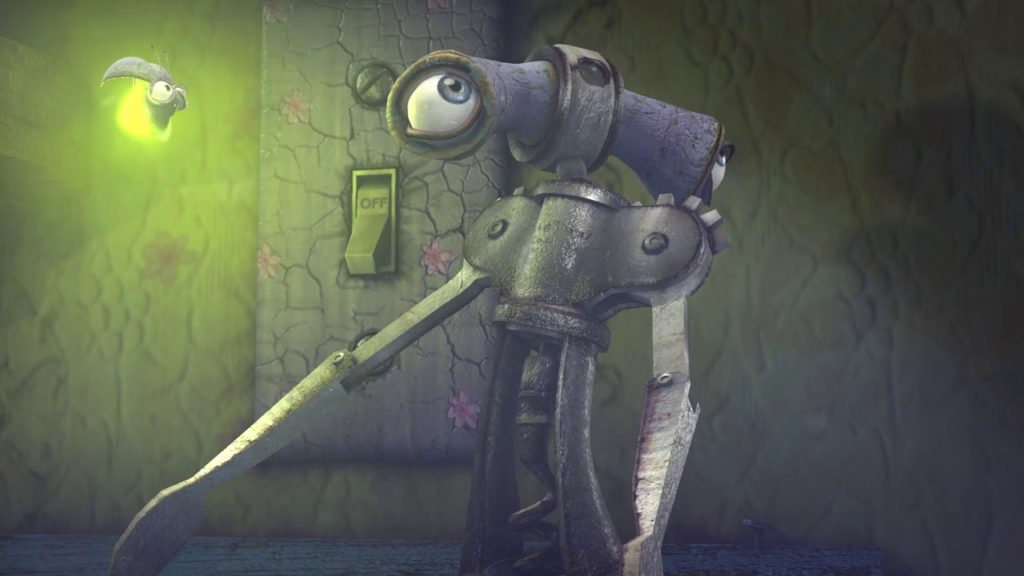 Playing with Food • Director: Soohyun Kim • Animation Short – 2015 Finalist • Texas • 3 min • A hungry fox prepares a TV dinner, but instead of a delicious, cooked meal he gets a surprise. 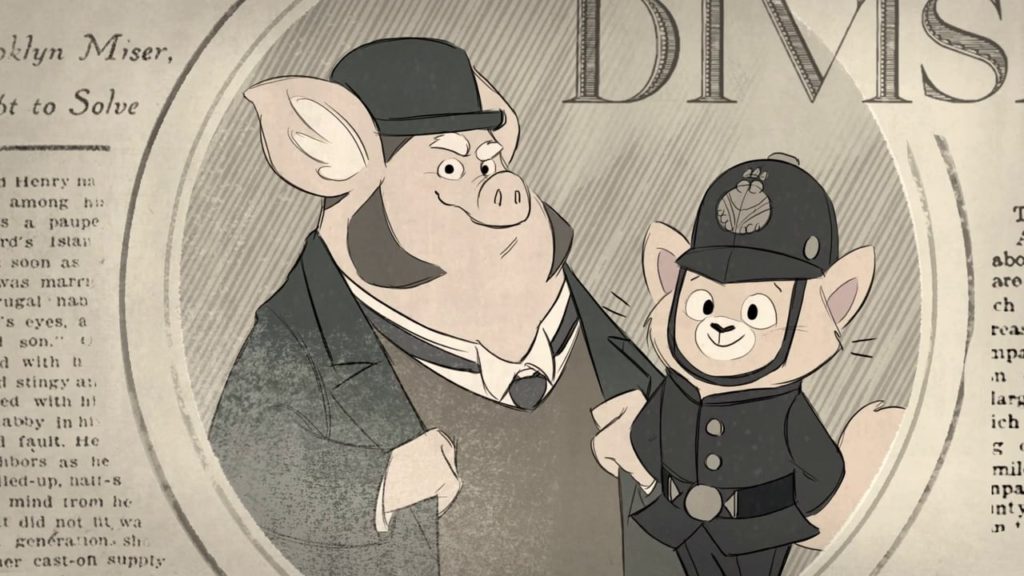 Brotherhood • Director: Christian Washington • Animation – 2016 • Muncie, Indiana • 5 min • Sometimes the people in our lives we find hardest to love end up being the most important people we should cherish.

Pants • Director: The Mutts • Comedy Short – 2012 • 2 min • Nobody loves and appreciates their pants as much as this guy does.

Derby Fever • Director: Dell Gross • Documentary Short – 2014 • Pine City • 32 min • Experience the excitement of the Pine County Fair Derby, an event many call the greatest in Minnesota.  Meet the legendary drivers and get a taste of the passion they have for their sport.

Call For A Good Time  • Director: Linnea Ritland • Comedy Short – 2016  Semifinalist • Vancouver, British Columbia • 4 min • Either an absurdist, nonsensical comedy piece or a musing on confronting one’s own fears of love and rejection—or both.

Bubble Bath • Director: Kevin Saxby • Comedy Short – 2016 Semifinalist • Canada • 5 min • Jerry’s bath time is interrupted when a mysterious stranger calls his home. It gets worse before it gets wetter. 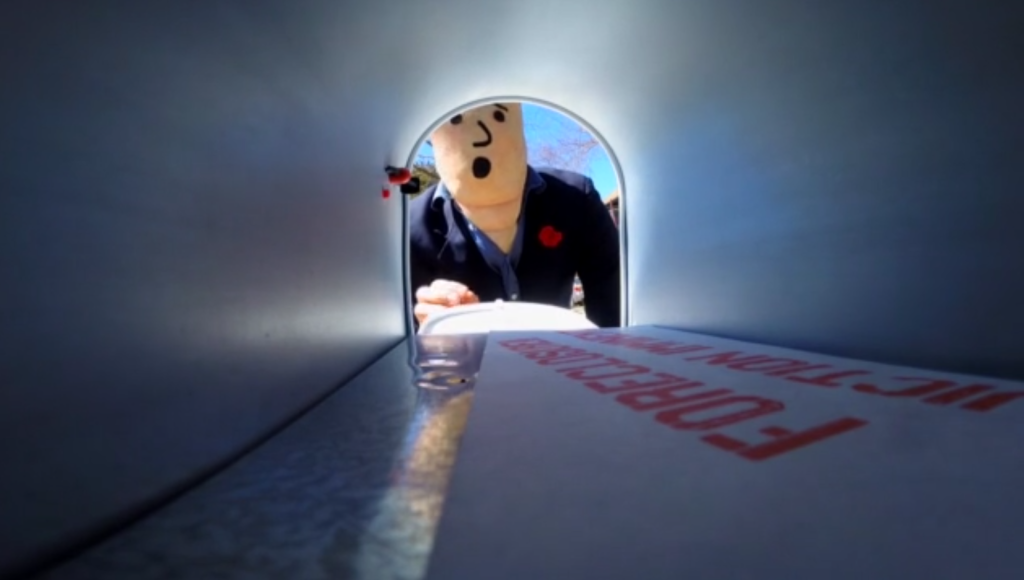 The Life and Times of Thomas Thumb Jr. • Director: Ryan Fox • Comedy Short – 2015 Finalist • Wisconsin • 15 min • Thomas Thumb Jr. is unlike any other man. He has a giant thumb for a head and he’ll do whatever it takes to achieve the American Dream.

Hada  • Director: Tony Morales • Action/Horror Short – 2016 • Spain • 9 min • Tonight Hada comes to visit Daniel because his last baby tooth has fallen out. What Daniel doesn’t expect is that his worst enemy is the light. 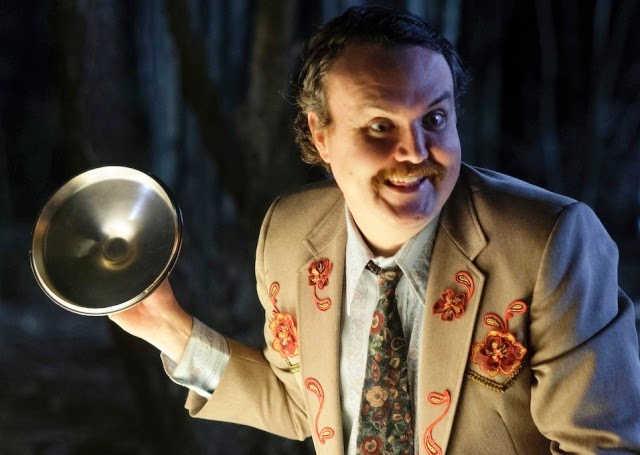 Melon Head • Director: Andy Fortenbacher •  Comedy Short – 2014 Second Place • New York • 14 min • After timid Gordon receives some bad advice( that the only way to excite a woman like Wendy is to get her scared), he comes up with the perfect plan for a date: a late night trip into the woods where cannibalistic creatures known as the Melon Heads are rumored to live.

Timothy • Director: Marc Martínez Jordán • Action/Horror Short – 2014 First Place • Spain • 10 min • Simon has to deal with his nasty babysitter Sonia. But then Simon receives an unexpected visitor, Timothy, the main character of his favorite show. It’s a visit he will never forget.

Serve & Protect • Director: Scott Granville • Comedy Short – 2014 Finalist • New Zealand • 13 min • When suspicious crates are discovered in and around the small town of Caldwell, New Zealand, local police officer Darryl Kitchen must use all of his crime-fighting experience to solve the case.

Princess Beard • Director: Hiroki Ohsawa • Comedy Short – 2017 Second Place • California • 15 min • A princess who has a beard because of a wicked witch’s curse tries to get a true love kiss from a prince in order to break that curse. 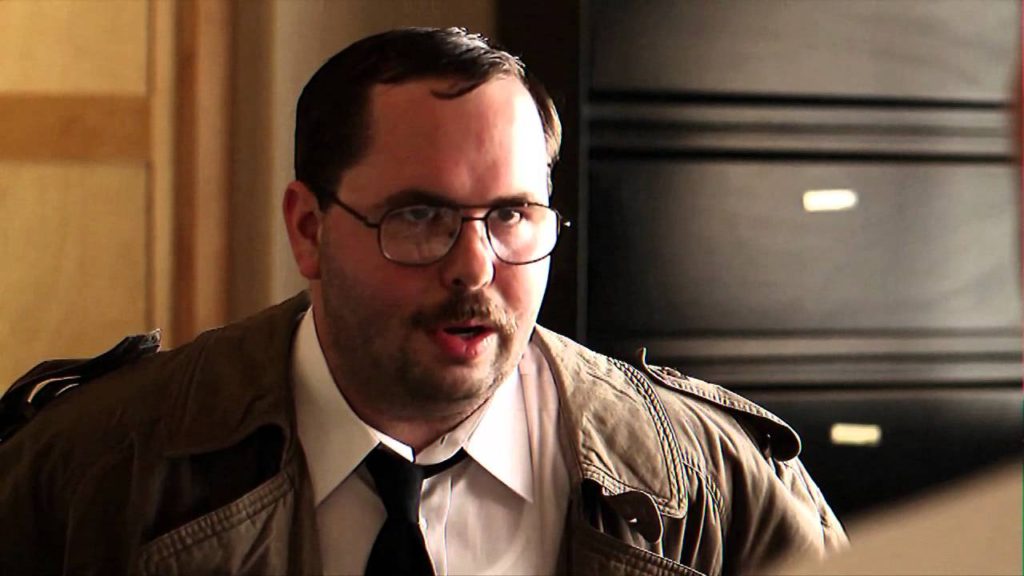 Problem Solving the Republic • Director: Elliot Diviney • Comedy Feature – 2013 • 90 min • A superhero known as ‘The Taxpayer’  is kidnapped by an evil organization known as ‘The Alliance.’ Retired superheroes ‘Common Sense’ and ‘Personal Responsibility’ are tasked with saving the day. 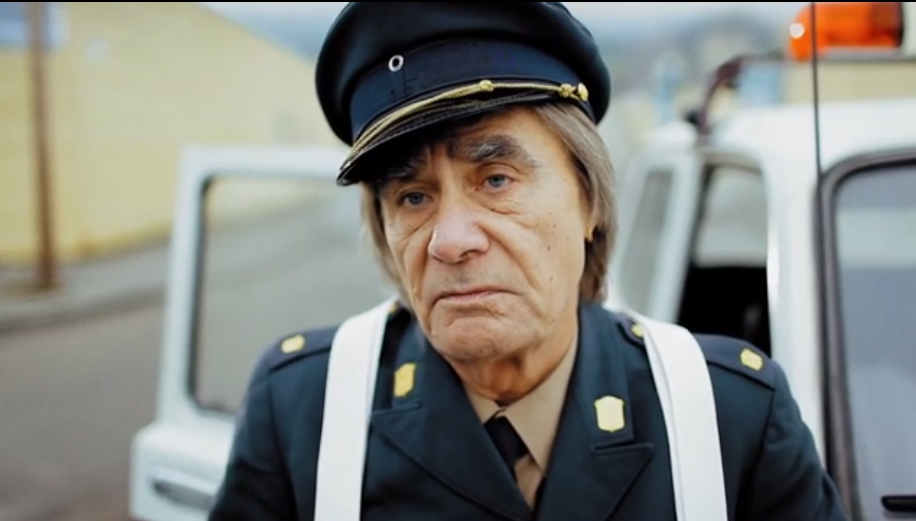 Mousse • Director: John Hellberg • Comedy Short – 2014 First Place • Sweden • 40 min • During the year’s biggest horse race event, the betting center Washington’s Tobacco looks like the ultimate hit for some fast cash for Mousse, a man of principles fed up with living as a second-class citizen.

The Bet (Styx) • Director: Mari Cielo Pajares • Action/Horror Short – 2017 First Place •  Spain • 15 min • A man awakes in a different body every day. He will soon find out that there is a reason for him to be “them” on one particular day.

It Hit Upon the Roof • Director: Teymour Ghaderi • Student Short – 2015 Finalist • Iran • 3 min • A young boy is at home, alone with his sick mother. It is raining outside and the roof of their home is dripping. He is playing with his toys, and also collecting the pouring water but one spot is very challenging where his mother is sleeping. He wants to keep his mother dry and does not want to wake her up.

El Audifono (The Earpiece) • Director: Samuel Quiles Palop •  Comedy Short – 2017 First Place • Spain • 15 min • Fernando and Perfecta are a married couple of 50 years. He is an amateur magician, who is a bit deaf and forgetful. He uses his magic to draw his wife’s attention. However, she only cares about her cats, which disappear in strange circumstances. One day, Perfecta finds out that Fernando is the one who is responsible for the cats’ disappearances and their strange deaths, so she takes revenge in their anniversary dinner. 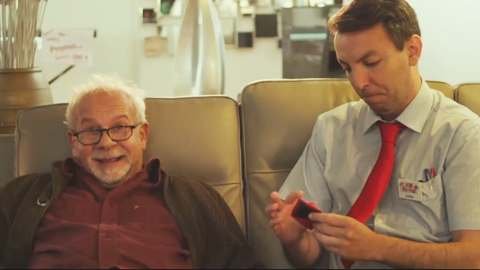 Fanette • Director: Sebastien Chamaillard • Comedy Short – 2015 Second Place • France • 14 min • Julien, new recruit at the “Skin Center” sofa store, has a disastrous first test day on the job. His boss threatens to fire him if he does not make a sale within the next 24 hours!

216 Months • Directors: Valentin Potier & Frédéric Potier • Drama Short – 2014 First Place • France • 25 min • Maureen has found great success as a “ventriloquist singer.” But the entrancing voice that comes out of her huge belly has a name: Charles. He will soon be 18 and has one sole objective in life: to be born.